Step into a world of pure imagination with Larissa Salton’s Renaissance-inspired Photography.

Larissa is an award-winning Sunshine Coast photographer and Wearable Art designer. She weaves her spellbinding enchantery into each of her creations.

Recycling things of old Larissa conjures them into stunning works of art.

Larissa Salton creates photographs that reflect her heart and emotions as she breathes life and imagination into each creation.

Larissa’s photography can be anything from whimsical and mysterious to old-world renaissance with pagan charm. Her artworks transport the viewer to moments of stillness and awe-inspiring realms.

Larissa is an avid wearable art designer, often creating gowns and headpieces that set the scene for breathtaking imagery.

I work with recyclable items to create gowns, backdrops or sets to enhance my world of renaissance inspired artworks.

More information about Larissa Salton can be found on her website, www.larissasalton.com.au 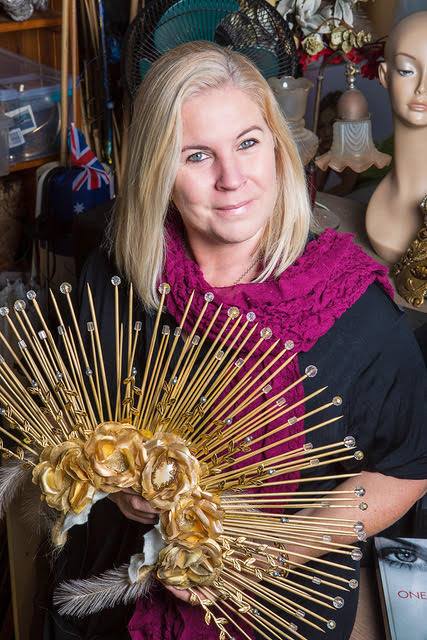