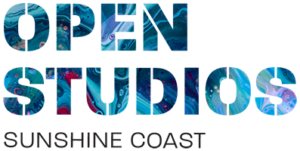 Nicky Carey was born in Dublin Ireland. His art has visual musical qualities which embody the lilts and rhythms of his birth country. He moved to Reesville near Maleny in the Sunshine Coast Hinterland in early 2017, where the landscape reminded him of his home country and has inspired in his new works a more whimsical approach.

Nicky pushes the boundaries of visual story-telling, extending the use of traditional printing and painting techniques beyond their usual applications, to breath new life into the story and iconography.

He endeavours to retain his childhood vision of the world, however, his works are not childish or immature. Birds appear numerous times in his works and they can represent freedom, death or protection. Cats also appear many times & they relate to the mysterious, aloof & unknown. Other animals appear including dogs, fish and hybrids of all of the above. The human presence in the works is a celebration of memories of his childhood & now daily life on the Sunshine Coast Hinterland.

The stories told in Nicky’s works can have many different meanings to the individual. He merely suggests a starting point for the viewer to relate their own meaning.

Nicky’s works are in collections throughout Australia and around the world.

He is an exponent of pure uniqueness which marries with his character when you meet him. 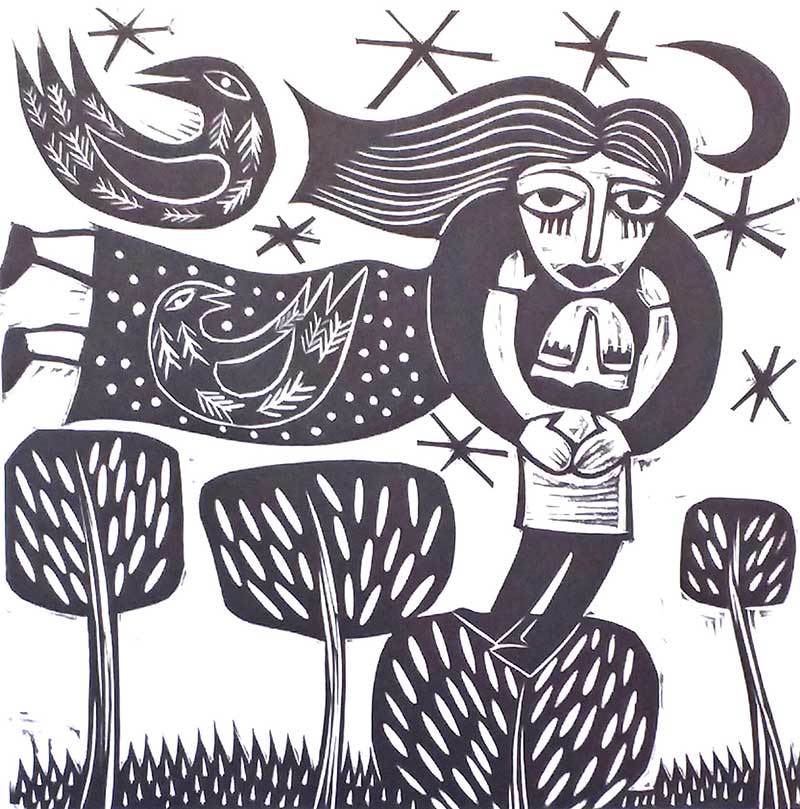 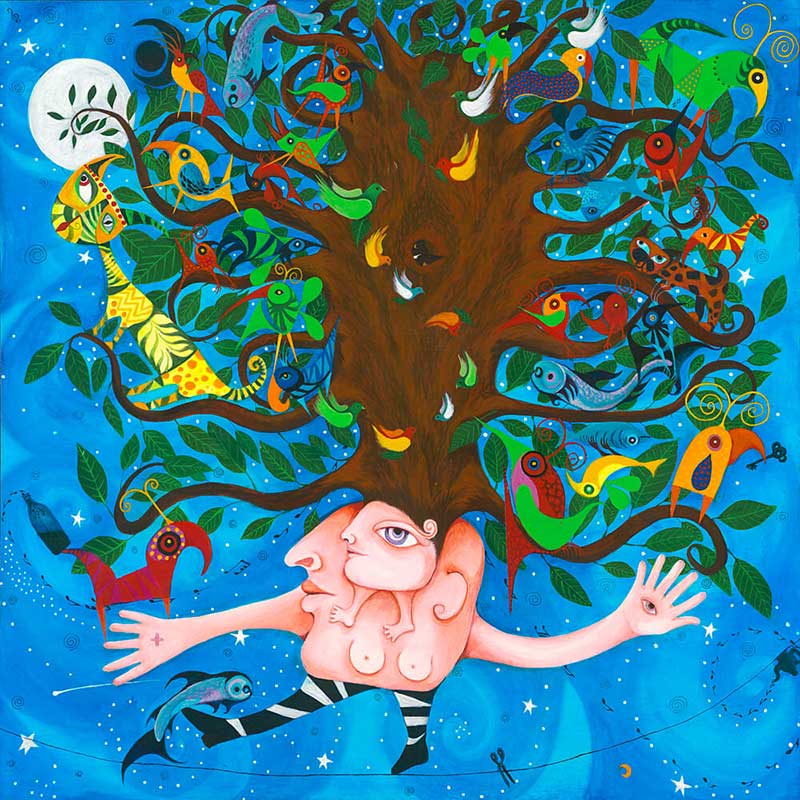 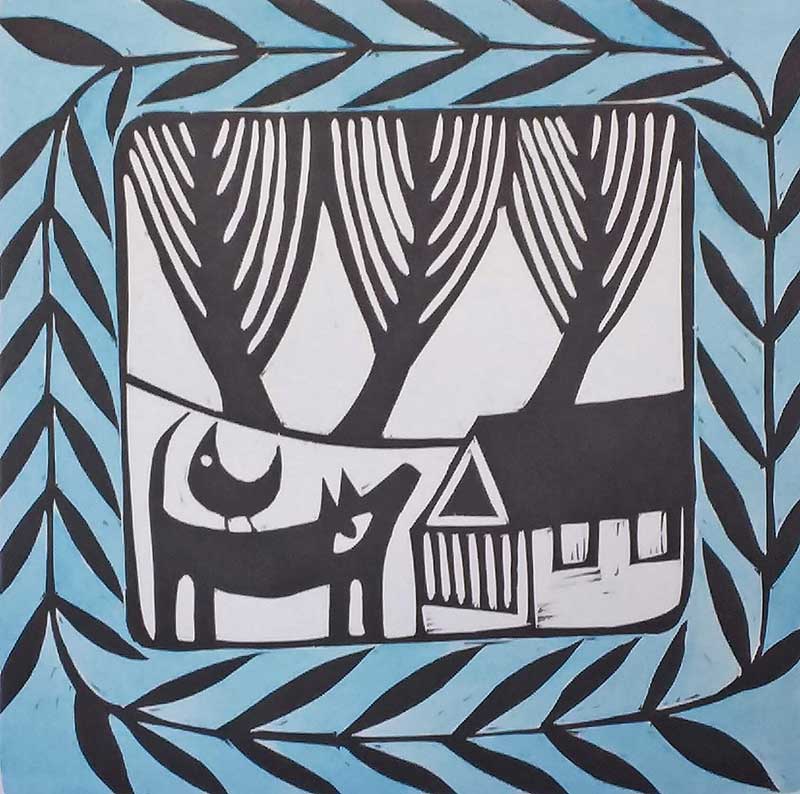 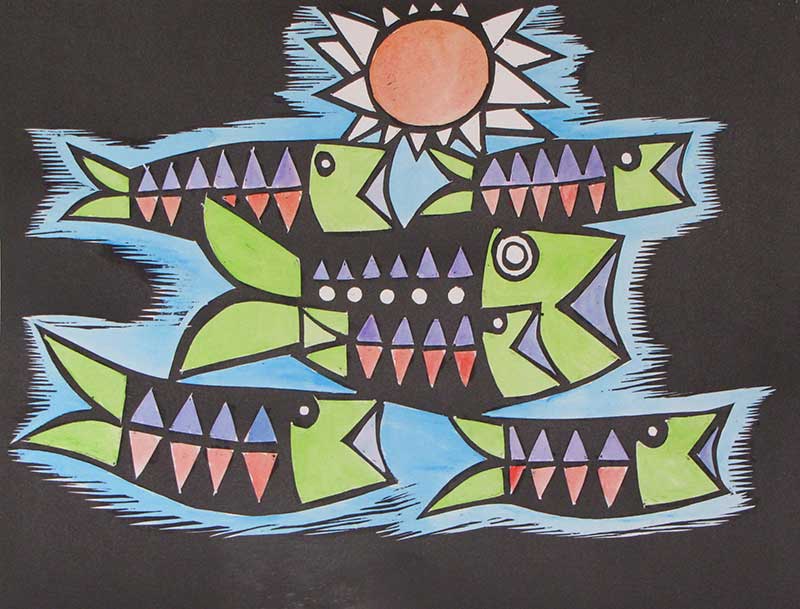 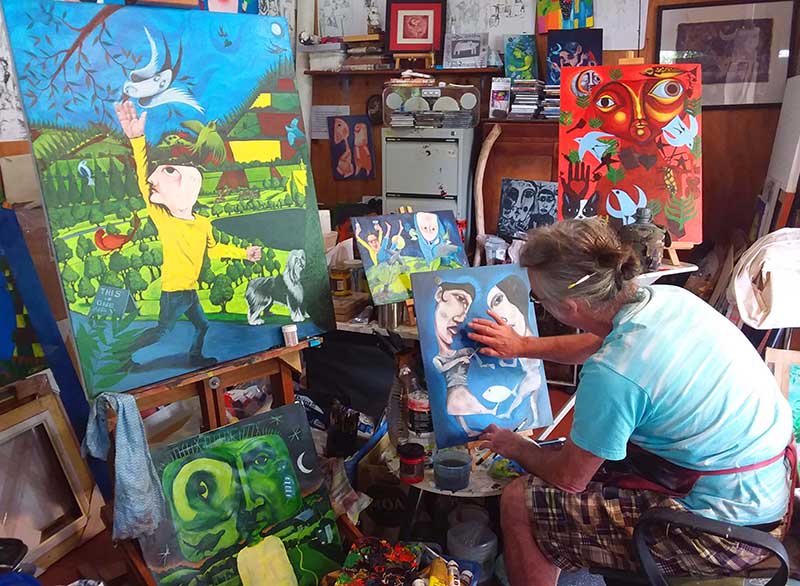 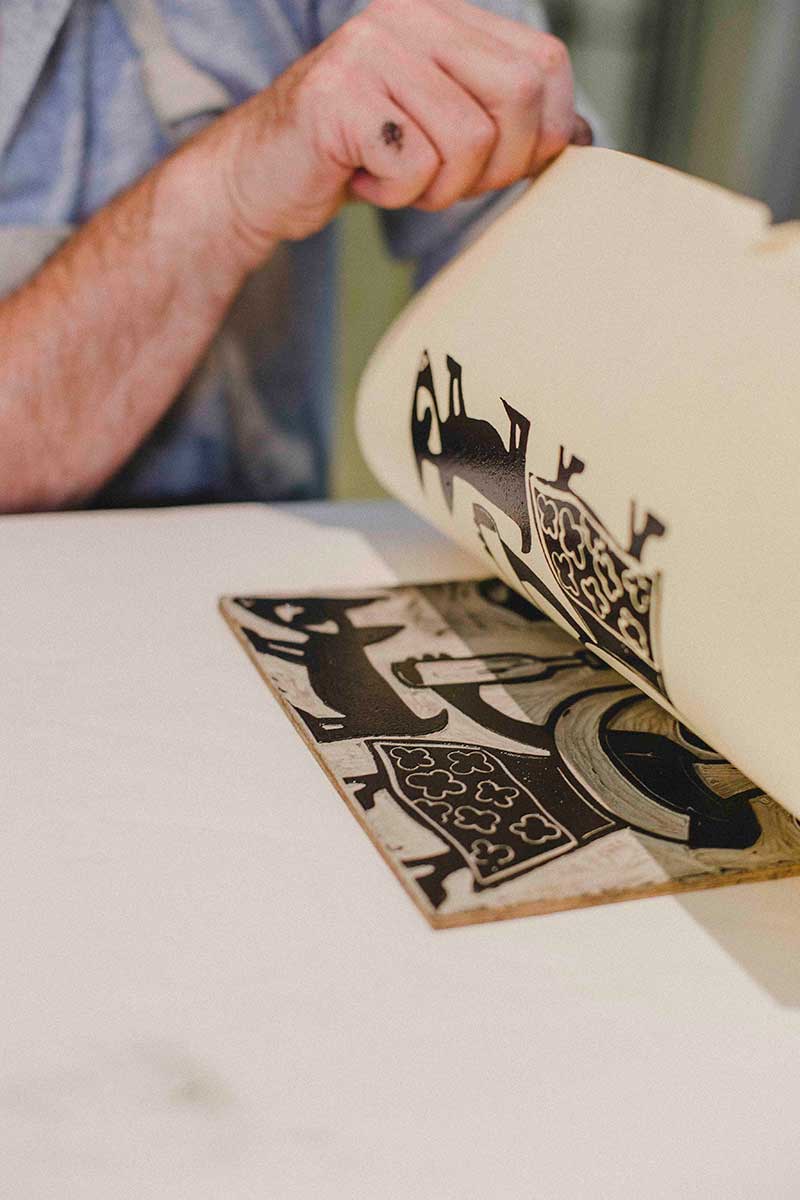 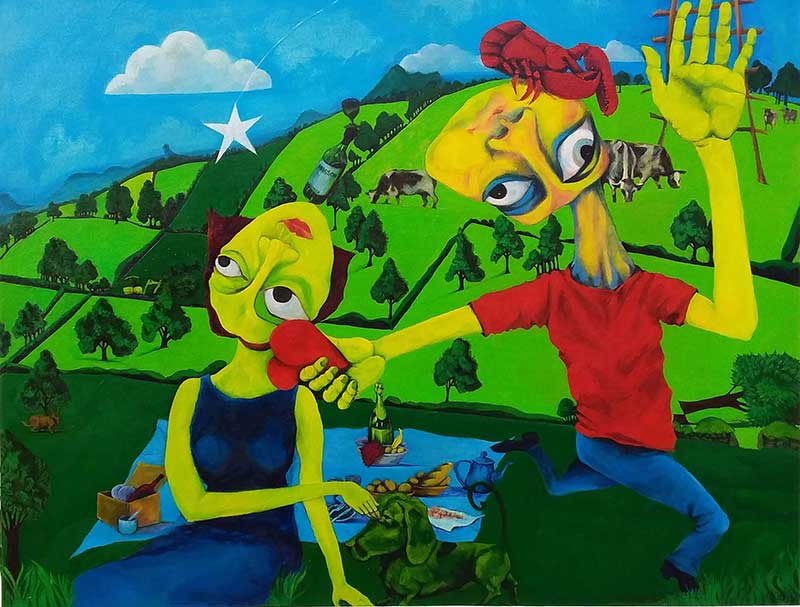 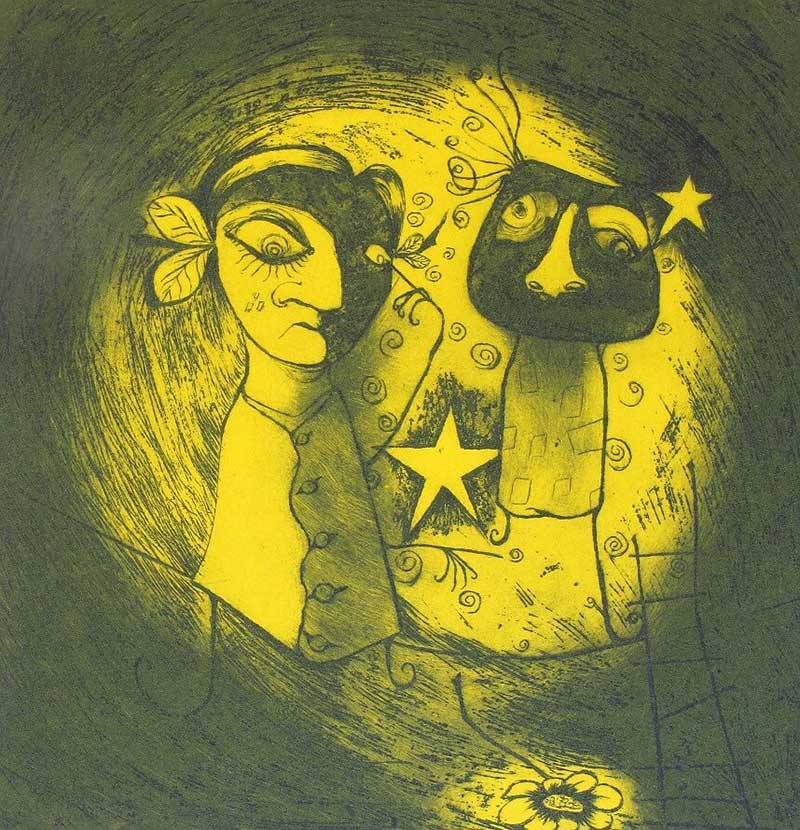 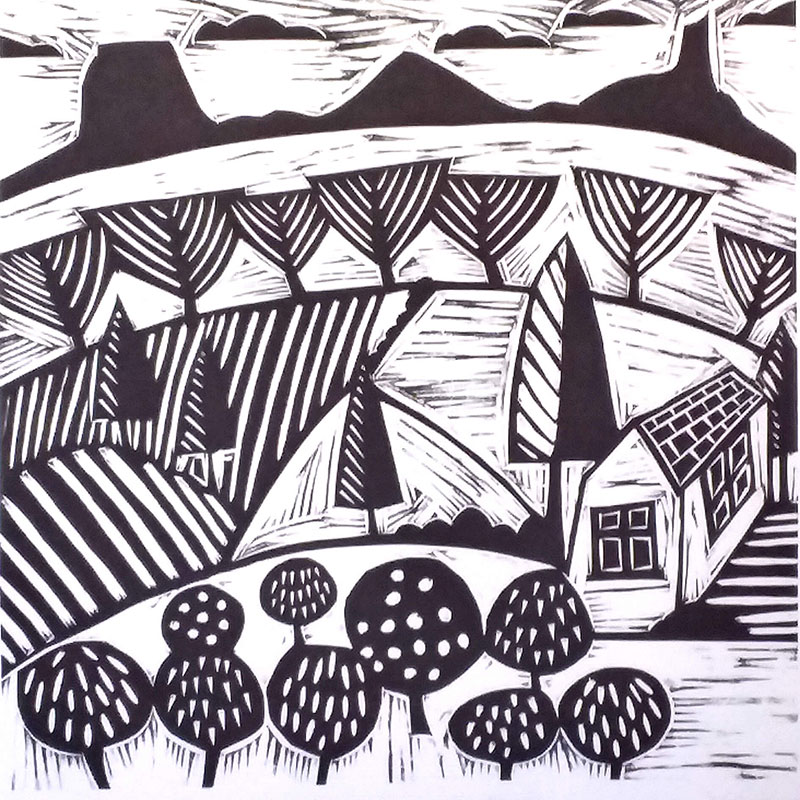