Acrylic/gouache on canvas for environmental sustainability and Up-cycling.

Currently living in Gubbi Gubbi country (Sunshine Coast, QLD. Australia), Rhiannon advocates for awareness of the 90%ers, when a child is sexually abused by someone within their circle of trust. The ‘Not-so-Stranger Danger’.

Rhiannon is of Cymraeg Celtic ancestry and grew up in Worimi country (Port Stephens, NSW, Australia). Her fascination with the art of nature created a strong connection to ancient magic of the land.

Her first public appearance was at age 14yrs, Rhiannon’s painting was a selected finalist in the Hunter Regional Youth Week Art Competition (14 to 24yrs). She has exhibited and produced commissions in both France and Australia since.

In her 20s she travelled to Europe in search of inspiration. After studying at the Ecole Supérieure des Beaux-Arts in Tours, France, Rhiannon spent 10 years in the

picturesque Paris quarter of Montmartre. Here amongst the ghosts of past artists, she developed her own style through illustrations and paintings.
Although her forte is best displayed on a canvas, mastering a range of mediums such as pigment, ink, oil and acrylic, Rhiannon’s inner creativity explores
photography, sculpture and different forms of up-cycling. Acrylic and gouache are simply better for the environment.
With the close observation of natural structures, such as a dragonfly’s wing, Rhiannon constructs organic architecture within her dreamscapes. Channelling a connection to a Neo-Utopic world, then representing it from fragmented memory.
Using ritual instinct to cast the incantations that unlock the memories of magic and spirits, she sings her paintings to life. 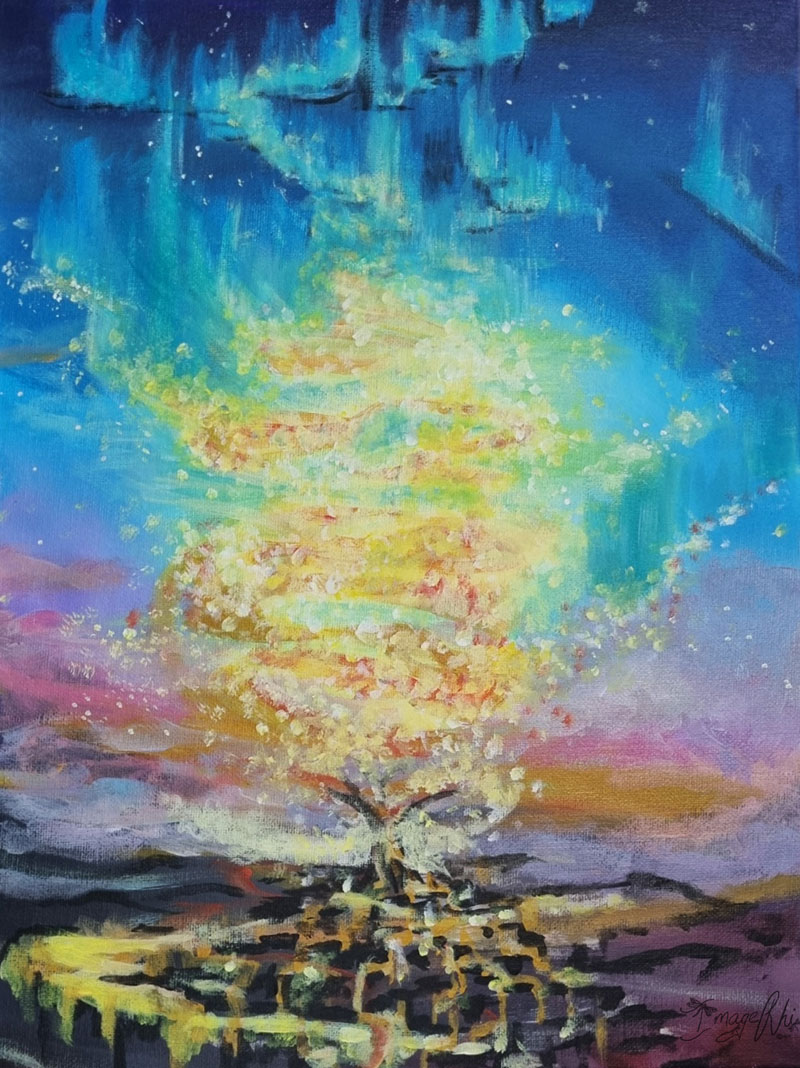 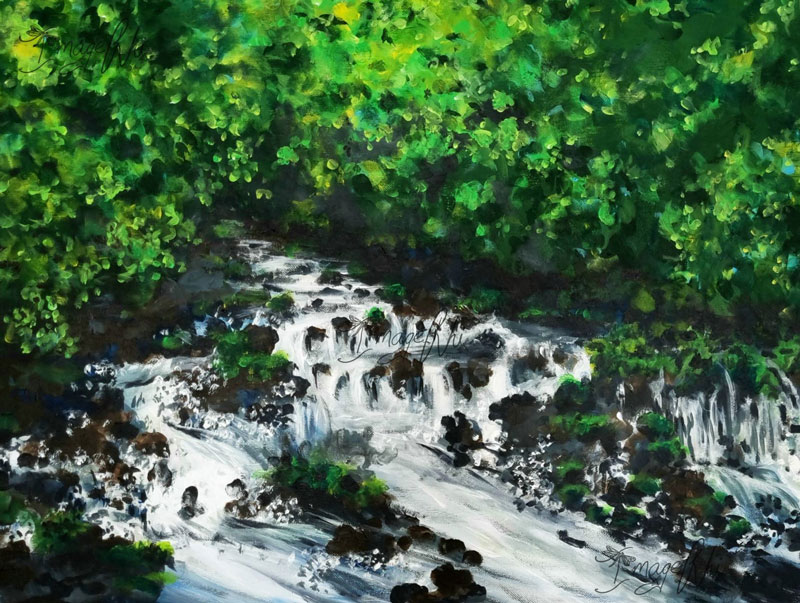 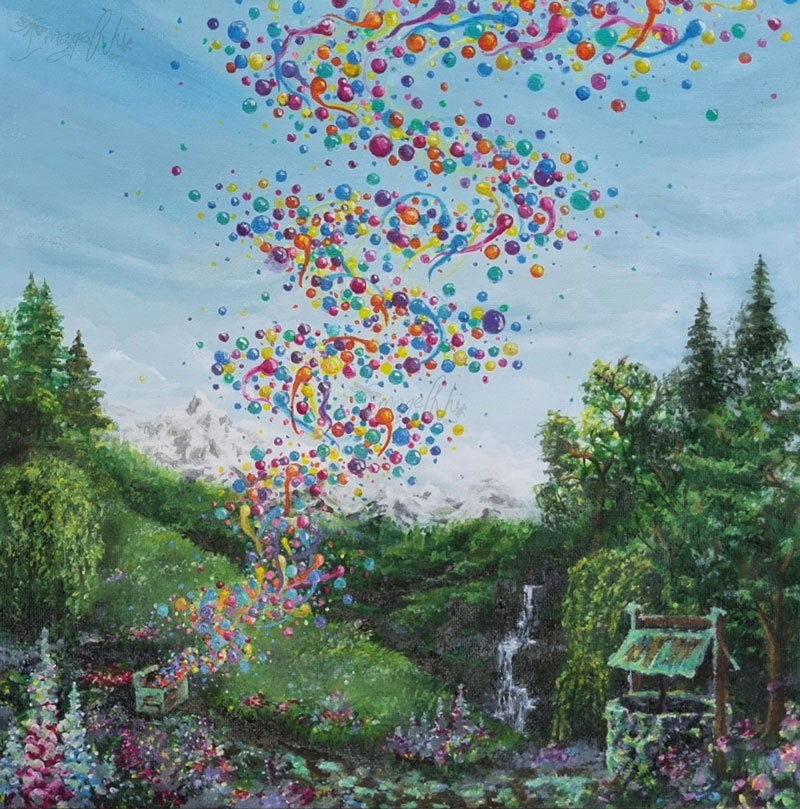 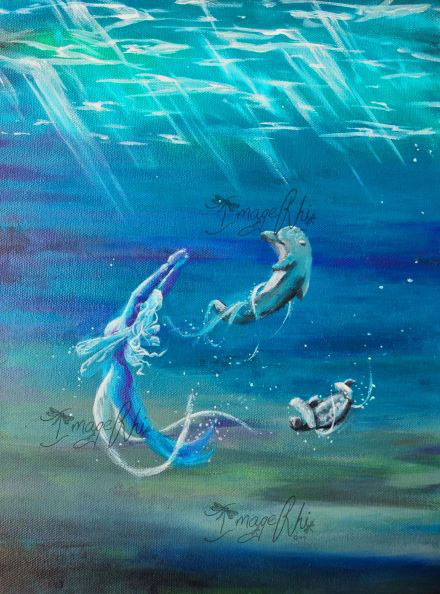 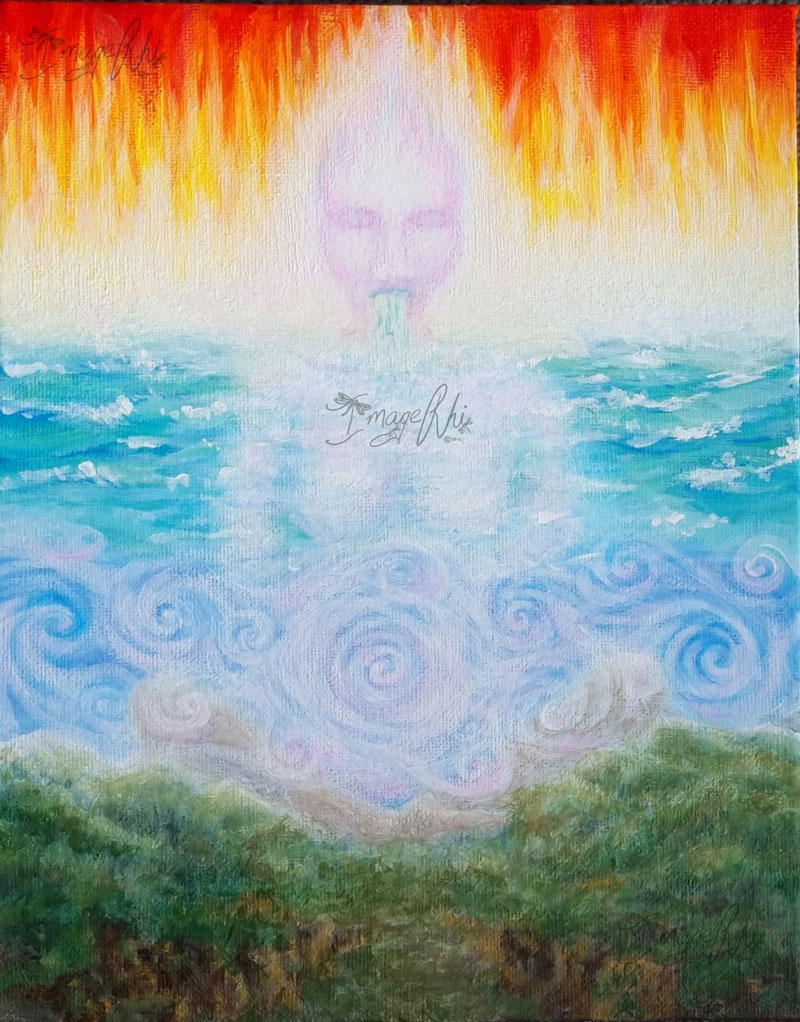 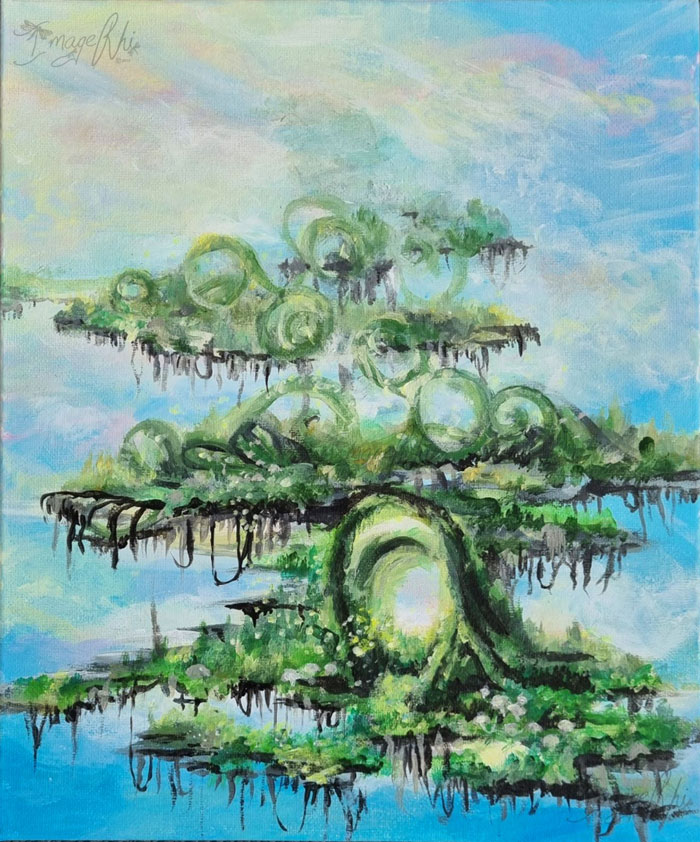 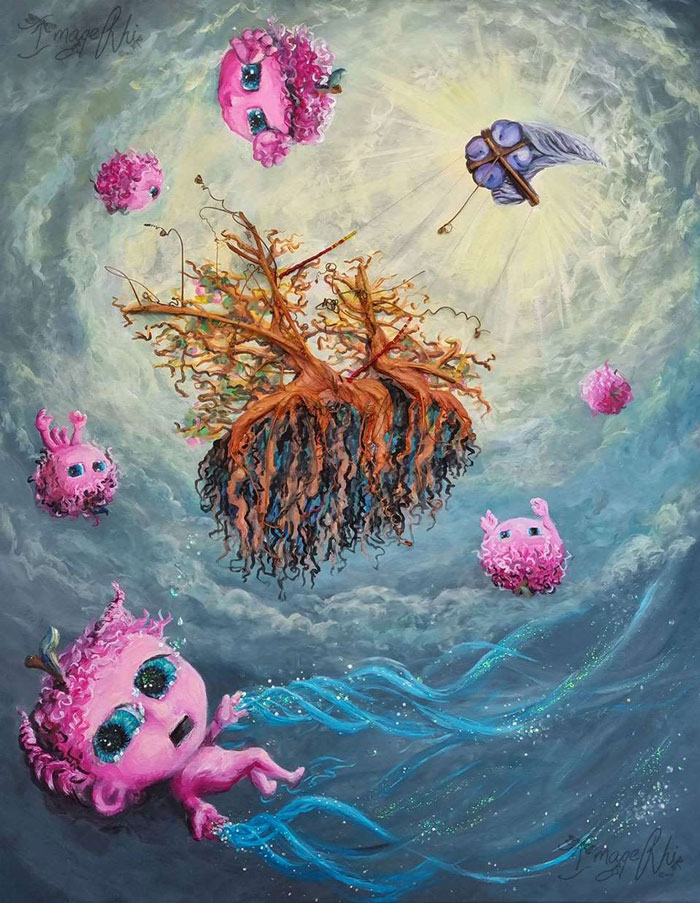 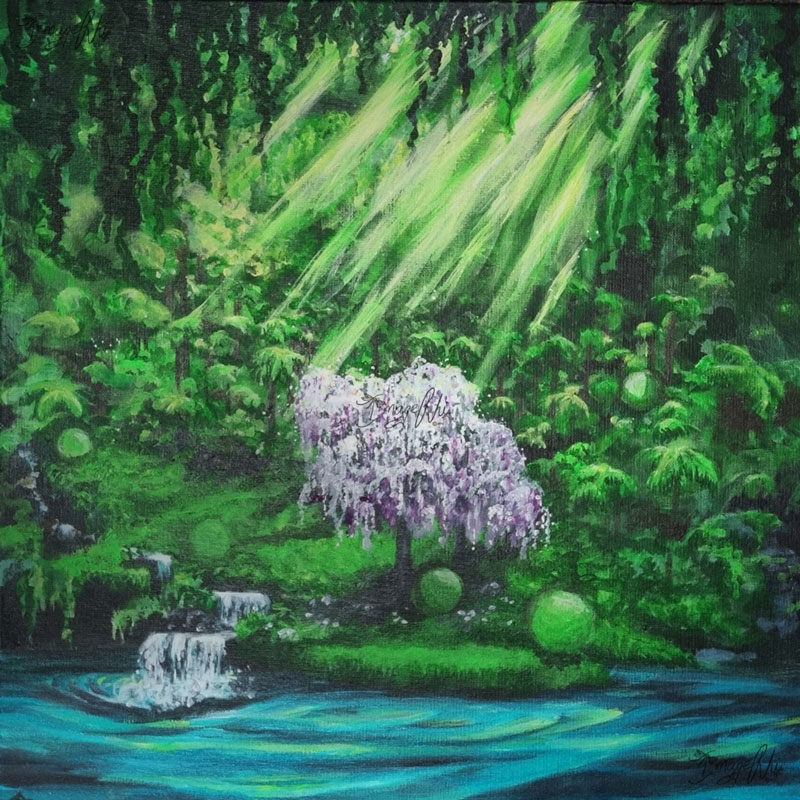